Join Our Newsletter
Shop Our Store
MAIN MENUMAIN MENU
By Matthew Maruster on January 6, 2022 in Safety

Some of us celebrated the new year by hanging out with family or friends and kissing our loved ones. But, unfortunately, many in Columbus, Ohio, decided to celebrate more destructively and dangerously by shooting guns into the sky. 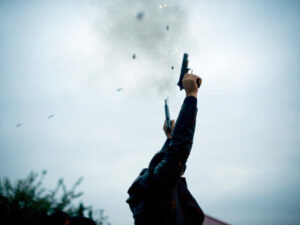 I’ll bet that everyone reading this post understands the criminal recklessness displayed in celebratory gunfire. So this isn’t going to be a lecture on why blindly shooting rounds all over the place is stupid. Besides, even if this post made it in front of the eyes of the morons who do stuff like this, they would be too tough to accept their actions are objectively wrong.

Instead, I just want to bring to you a report I saw on a local Columbus New NBC 4 website.

Like many police departments around the country, Columbus Police use a sophisticated network of devices situated around the city that “listen” for the sound of gunshots. The system is called ShotSpotter and can give police an idea of where the shots are coming from. 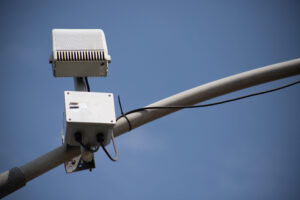 The NBC article reported that:

According to Columbus police, ShotSpotter, which does not cover the entire city, produced 455 alerts of guns being fired and detected 3,142 rounds being fired between 11 p.m. on New Year’s Eve and 2 a.m. New Year’s Day.

I recently moved my family a few more miles away from the city of Columbus, Ohio. Oh, and it’s the daily stories like these that confirm the wisdom of that choice.

Like I said, that doesn’t cover the entire city, so I know there’s other places in the city that had this — probably just as much, if not more, gunfire that just wasn’t covered by ShotSpotter.

The news report went on to say that police received 184 calls for service for shots fired during the three-hour window. Additionally, police took nine reports of homes struck by gunfire and two reports of vehicles hit by bullets on Friday evening or early Saturday morning.

The property damage is unfortunate, and there are undoubtedly bullets lodged in homes and buildings all over the city that no one knows about yet.

This isn’t a video from this year’s idiocy in Columbus, Ohio, rather it’s from Detroit in 2020.

I’m not a math wizard, but over 3,142 rounds in 3 hours is a lot of shooting. That works out to over 17 rounds a minute! These lunatics have not experienced ammo shortage and have plenty of money to buy rounds. Rational people with a functioning brain do not do this kind of thing, but some obviously do.

It is almost unbelievable that nobody was killed (at least that we know of). But that doesn’t mean there were no adverse effects.

The ABC 4 News article reported on two incidents resulting from the celebratory gunfire.

In one incident, police said a man reported that he and his girlfriend heard several shots in the 3000 block of Sterling Lane shortly after midnight on Saturday. While the couple ran to the girlfriend’s car, something knocked the man to the ground. When he reached the car, he realized he had been shot in the leg. Police said they expect him to recover.

The second story is quite sad.

A woman called Latasha Moncrief said that someone fired a shot that went through her six-year-old daughter’s bedroom window on Friday night. Moncrief said the incident had shaken her daughter up.

She won’t go in that room. She ain’t been in that room. She sleeps in the bed with me now so just talk to her, make sure that I explain to her what happened so that way she could get clear understanding. She’s pretty smart anyway, so she understands. 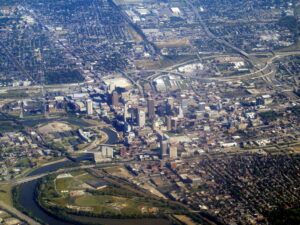 I wish I could apologize for the disparaging tone of this post. But an apology would not be sincere. This kind of reckless disregard for human life isn’t anything to be accepted in any way. If you think it’s harmless to shoot rounds into the sky, you’re wrong. If you know people who do this, I ask you to talk with them and call out the behavior for what it is…criminally reckless.

Columbus Police are asking for anyone with information of any crime that occurred on New Year’s Eve or Day to contact the department at 614-645-4545.

I follow my Lord and Savior Jesus Christ who is the eternal co-equal Son of God. I currently live in Columbus, Ohio with my wife and daughter. I served in the Marine Corps Infantry. I was a Staff Sergeant and served as a Platoon Sergeant during combat in Iraq. After I was a police officer at a municipal agency in San Diego County. I was a lead marksmanship instructor in the Marine Corps, and an assistant range master, and crisis negotiator at the police department. I have a Bachelors's Degree in Criminal Justice from National University. I produce the Concealed Carry Podcast and coordinate the Concealed Carry Instructor Network, and manage MJ Maruster Defense.
View all posts by Matthew Maruster →

Ohio is Closer Than Ever to Constitutional Carry