Yesterday Governor DeWine Signed constitutional carry, Ohio Senate Bill 215, and it will become law 90 days from today. Over the last 2 years, the state legislatures across the country have passed pro-Second Amendment legislation, and Ohioans wanted in on it.

People throughout history have ascribed special significance to the number 23? I’m not one of them. But did you know:

What does any of this have to do with Governor DeWine signing Ohio Senate Bill 215? 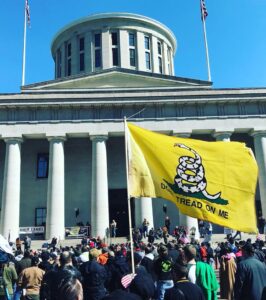 We have followed the legislative process of bringing constitutional carry to Ohioans and have posted updates along the way. Yesterday was a big day because Governor finally signed the bill.

Days before signing the bill, DeWine, a Republican who has never supported the Second Amendment, made statements that concerned Ohio gun owners that he may not sign the bill. However, he waited until the last possible moment before ultimately passing the Ohio legislature’s bill that had majority approval.

As we mentioned in previous posts, SB215 is not a perfect bill. One issue in SB215 is the lack of complete repeal of the duty to notify.

However, passing constitutional carry is an unbelievable win for gun owners in the Buckeye State.

We still have work to do to keep moving gun rights forward, but we are in a good position thanks to groups like Ohio Gun Owners. They continue to hammer both Democrats and Republicans to pass pro-Second Amendment legislation. 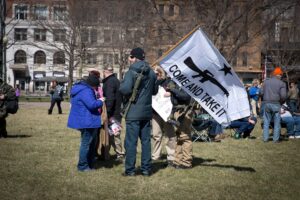 At least for the time being, sit back and watch the anti-gunners go apoplectic and make all kinds of ridiculous statements about how constitutional carry will turn Ohio into the wild west. I wouldn’t mind swapping the Ohio weather for the weather of the wild west.

Stay up to date on gun laws —

Consider checking out the Legal Boundaries by State book. This resource includes way more than a reciprocity map. The book provides all the laws you need to know when traveling to another state. Things like if you have a duty to notify law enforcement, if there are magazine capacity limitations and if ignoring those “no gun” signs could get you arrested. The book is regularly updated, with new editions released periodically. In addition, we update the e-version any time a law goes into effect, and you have lifetime access to the e-version. You can learn more about the book by clicking here. 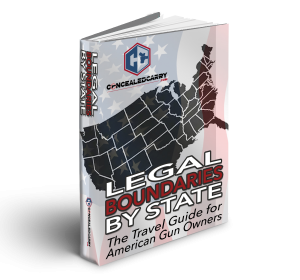