Democrats in the Nations House proposed an 8-bill gun-control package after an evil, deranged, 18-year-old killed 21 people in a school. The bills in the package called “Save Our Children” would disarm law-abiding citizens and give criminals who don’t follow laws greater power. 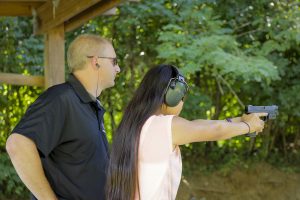 The restrictive gun laws make the people more dependent on the government for protection. People with 24/7 armed security are making a powerful push to convince us of this.

Those of us who aren’t playing professional sport, haven’t starred in a movie, or are a politician, can’t afford security or a house in a gaited community. We commoners want to be self-reliant and we understand that the government is unwilling and incapable of protecting us. So thanks, but no thanks.

House Bill 99 passed the Ohio House 56-34, and Senate 23-9, and now only waits for Governor Dewine’s signature. There are lots of rumors about what HB99 contains. Let’s look at the bill.

This bill does not force teachers to arm themselves. Opponents to allowing school staff the ability to defend themselves and the students mis-characterize bills like these. You can see this here in the Ohio Education Association President’s statement:

Asking teachers who are already overburdened to add more to their plate by serving in a dual role where they’re both responsible for educating children and now in some cases where this might be implemented for armed security in schools, we think is not really addressing the issue.

See how the assumption is that teachers don’t want the option to defend themselves or the lives of the kids? As if when a gunman comes into a school, a teacher’s chief concern is that they are really burdened with grading tests, not that they want to protect themselves and kids. Maybe police officers shouldn’t carry guns because they are already overburdened writing tickets and responding to emergency calls. It all makes sense if you don’t think about it. 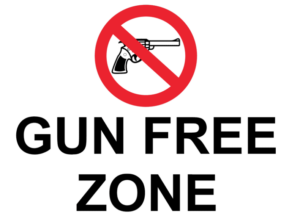 HB99 wouldn’t force schools to adopt the new requirements, and allows districts to prescribe more training if they desire.

Currently, armed school staff must pass the same 736 hours of firearm training as an Ohio Peace Officer. What HB99 does is allow the district to reduce the training requirements from 736 hours down to 24. The 24 hours of training comprises:

Anyone claiming that untrained teachers are being forced to carry guns around kids either hasn’t read the bill, or is purposely lying.

To varying degrees, many states across the country have allowed staff the ability to carry a firearm without children dying from negligent gun handling. Even when an armed school resource officer is present, or law enforcement’s response is faster than normal, it doesn’t always result in zero fatalities.

I’m an Ohio resident, and not a fan of Governor Dewine. But I have to credit him in at least signing the gun rights bills that the legislature has sent him. The Gov. made the following statement about HB99:

Last week I called on the General Assembly to pass a bill that would allow local school districts, if they so chose, to designate armed staff for school security and safety. My office worked with the General Assembly to remove hundreds of hours of curriculum irrelevant to school safety and to ensure training requirements were specific to a school environment and contained significant scenario-based training. House Bill 99 accomplishes these goals, and I thank the General Assembly for passing this bill to protect Ohio children and teachers. I look forward to signing this important legislation.

If banning guns, and putting up no gun signs, and not armed people willing to defend life, make people safer, what’s the point of the Capitol Police? No one may bring a gun into the Capitol Building, and murder is against the law. They should be good to just rely on a local municipal police department to respond to a call for help, right? 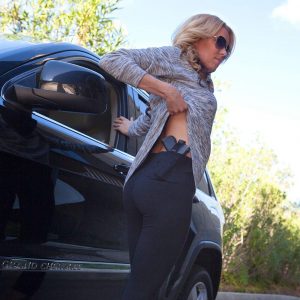 What do you think? Let us know in the comment section.

And don’t forget that being a responsible armed citizen requires training and knowledge. That’s why we focus so much on providing hundreds of hours of online training videos, and content. If you enjoy our free content and podcasts, consider trying out Guardian Nation. The membership gives you access to our vast training library, discounts in our store and partner companies, a quarterly box of gear selected for concealed carriers, and so much more. Learn more about Guardian Nation here. 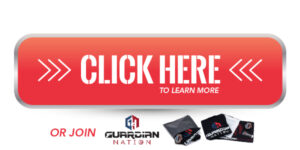