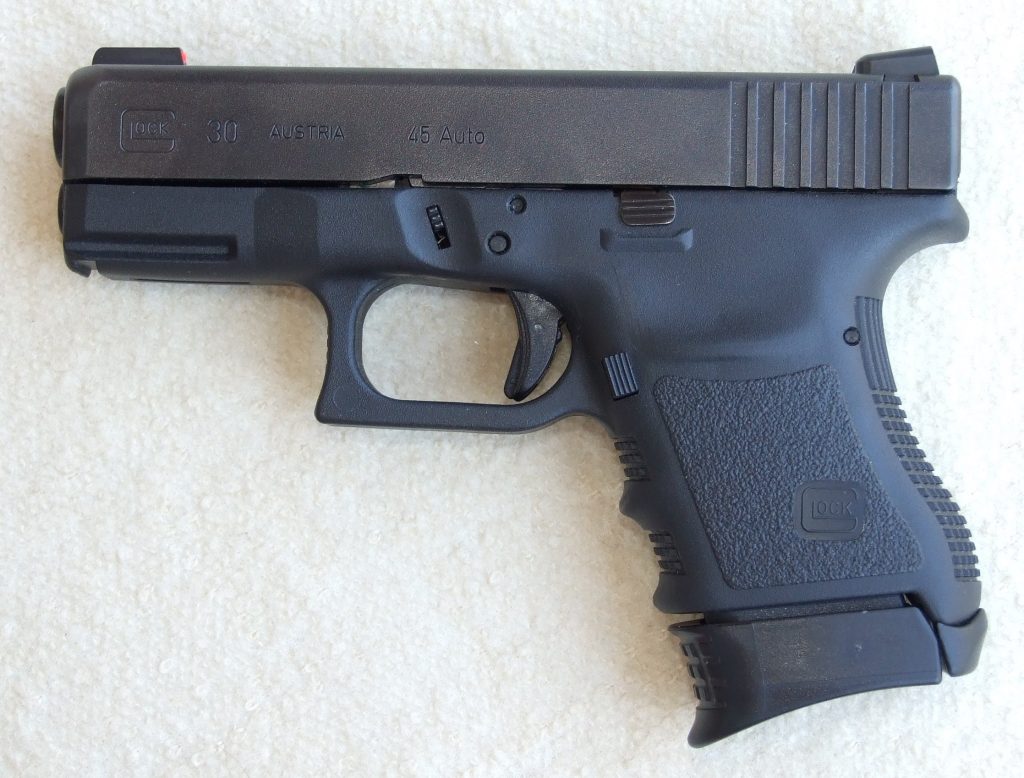 Sentencing is scheduled for Oct 18th to decide the fate of a man who purchased the firearm used in a shooting which led to the death of two Ohio police officers.

31-year-old Gerald Lawson pleaded guilty to aiding and abetting a prohibited person in possession of a firearm. He purchased a “Glock semi-automatic pistol” for his friend, 30-year-old Quentin Smith.

Smith was unable to purchase the gun himself due to his criminal record of felony burglary and domestic violence in 2009, spending 4 years in prison.

Lawson, on the other hand had a clean slate, and purchased the gun for his lifelong friend.

39-year-old Eric Joering and 54-year-old Anthony Morelli, both veterans of the Westerville Police Department, were shot and killed while responding to a “ … potential domestic situation” at Smith’s house.

Police had been to Smiths house on 3 separate occasions over the span of just a few months for domestic disputes.

Smith’s wife, Candace Smith, went on Nov. 9th of last year to the Westerville Police Department to ask for a protection order, stating that Smith had come home drunk and forced himself on her. She then found out she’d been infected with a sexually transmitted disease.

Mrs. Smith also reportedly told officers he’d threatened to kill her, their daughter, and then himself if she ever left him, and that he always carries a gun, though a convicted felon.

The same day Westerville PD were called to the home of the Smiths by the husband because his wife had locked him out of the house.

Instead of making Quentin Smith leave however, police instructed the couple to stay in different areas of the home.

On February 10th, 2018, around noon, the responding officers to yet another domestic violence call approached the Smith residence.

According to Westerville Police Chief Joe Morbitzer during a news conference following the incident:

“As they went into the apartment, they were immediately met with gunfire and both officers were shot.”

Candace Smith called 911 from where she was hiding in the bushes outside the apartment:

Joering died at the scene while Morelli was taken to the hospital where he later died.

Quentin Smith was himself shot by other officers and was taken to the hospital in critical condition but survived his wounds to stand trial.

The family of the slain officers are asking the judge to hand down the harshest penalty possible for Lawson’s role in the death of their loved ones: 5 years in prison.

In a letter written to the judge, Jami Joering said:

“While I understand that Mr. Lawson did not kill my husband, he made it possible for him to be killed. I pray you sentence him fairly, keeping in mind, that he will still be able to have contact with his family after release.”

“Mr. Lawson is eternally sorry and ashamed that he aided Mr. Smith in securing the firearm Smith used to kill the two officers.”

“ … (Lawson) had every opportunity to succeed in life. Yet instead of using those advantages for the public good, he put them to use for other purposes, including selling drugs into the community and providing a deadly weapon to a known and dangerous felon.”

What Lawson did is called a “Straw Man Purchase.” He lied on the ATF Form 4473, question (11 a), “Are you the actual transferee/buyer of the firearms … ?” when he checked the box “Yes”.

What do you think of this situation? Leave us a comment below to let us know.