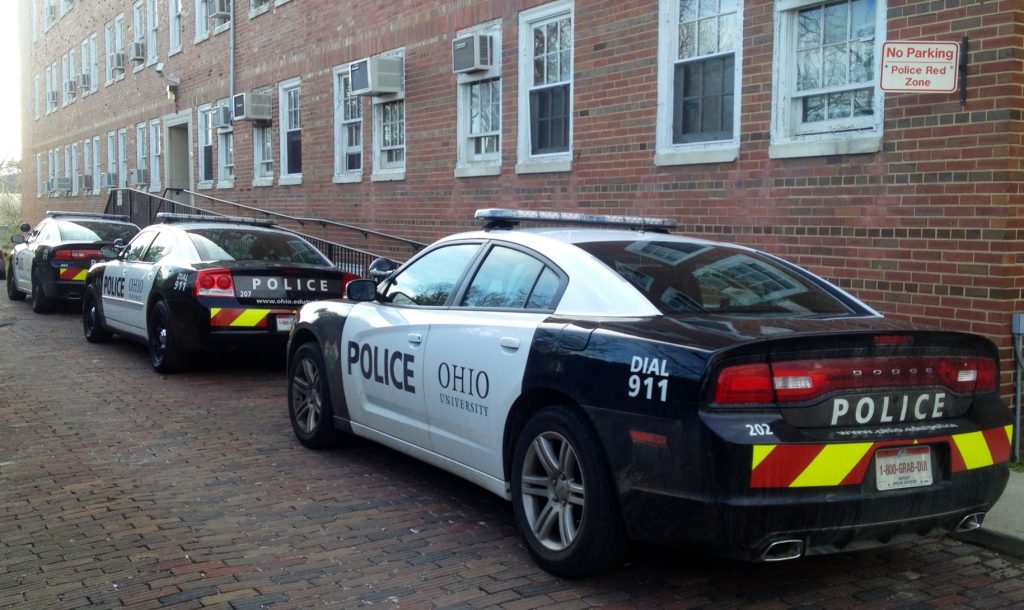 Those in the march openly carried weapons to bring attention to a policy the university has in place preventing staff and students from legally carrying concealed.

Watch a video of the situation here:

The 50 of those marching in the “Gun Walk” were accosted by around 100 counter-protesters, some of which were wearing masks and bandannas to hide their faces.

Between 300-400 officers were called in from all over the state in riot gear to prevent things from getting out of hand and to keep the two groups physically apart.

Police posted over watch officers on roof tops and had at least one drone in the air to help keep an eye on things. Ohio State Patrol also provided aircraft in support of its troopers.

Four people were arrested during the event. Three were charged with obstructing an official business, a second-degree misdemeanor.

The fourth, Marquis D Patterson age 27, was charged with assaulting a police officer (a fourth-degree felony) and obstructing a business. 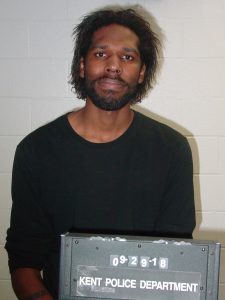 Patterson reportedly hit Ohio State Trooper Sgt. Carlo Cruze above the eye with a wooden stake. He was arraigned Monday and released on $10,000 bond, to be back in court on Friday, but it’s unclear at this time which side of the protest he was on.

22-year-old Bennett, dubbed Kent State’s ‘Gun Girl’, made the news after pictures of her posing with an AR-10 rifle on the Kent State Campus went viral on social media.

Bennett said of the backlash for the pictures:

“It’s been crazy, I was not expecting the blatant racism that’s been thrown at me, the outright death threats.”

Bennett hoped to bring attention to a policy of Kent State’s which does not allow staff or students to carry concealed but does allow alumni and visitors to carry openly.

She said of the counter protesters:

“I’m not surprised they act that way, I think their anger is displaced, they have no idea what they’re out here doing, they just wanted to coattail off my platform to try get some of the attention themselves. We saw a good old-fashioned Anti-fa gathering that were acting like fascists.”

The university attempted to charge Bennett $14,000 in fees for security for the event but Bennett reportedly said she would not pay it because she felt if anyone should have to pay, it should be the counter protesters.

According to Kent State spokesman Eric Mansfield, Bennett will not be charged for any fees for additional security.

“At no time has Miss Bennett, while she was a student here or since, or any student group ever petitioned the university formally asking us to change our policy (against guns).”

Bennett refutes this saying she, along with Kent State’s Young Americans for Liberty, sent a letter to the school dated May 20th, which stated:

“We, the undersigned, request that the University amend Policy 5-22 to allow students, staff, and faculty; who are concealed weapon license holders; to carry firearms on campus in their own self-defense, as ascribed by law.”

What do you think of this situation. Leave us a comment below to let us know.

He Claimed Self-defense, Police Disagreed.
Westerville Man Faces 5 Years in Prison for His Part in Murders