Here’s a story that will make you scratch your head. Hamilton County Sheriff Charmaine McGuffey wants you to know she doesn’t care much for individual freedom, liberty, or the Constitution. She made her position clear in recent comments related to SB 215, which would remove the state’s permit requirement to carry a handgun.

You are the elected Sheriff in just 1 of 88 counties in the state. You are the Sheriff of Hamilton County, which tends to lean politically Democratic and therefore not as gun-friendly as most other areas in the state. So it makes sense you would dislike the idea of the commoner possessing a firearm without receiving your approval first.

Sheriff McGuffy you don’t represent all Law Enforcement. You can hear her statement here. 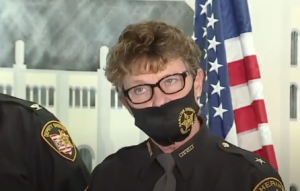 Secondly, for what “gun violence” does she plan to hold DeWine accountable? Who are the people committing violent crimes? Is it people who follow the law? Of course not.

The heart of the person carrying the gun doesn’t change because the state institutes a license requirement. The person who wants to commit a crime doesn’t ask you for permission before carrying a firearm.

I get it that Sheriff McGuffy is sensitive to criminal activity, especially when the criminal uses a gun in the crime. Maybe it’s a moral issue for her. She doesn’t want anyone to become a victim of “gun violence.”

She is so fearful that bad people may get guns that she is cool with restricting even the law-abiding people’s access to firearms. She wants you to come to ask her for permission to carry a gun.

And she is so against “gun violence” so much so that she threatens to hold the Governor accountable if he doesn’t overrule laws passed by the legislature.

It sounds to me like the Sheriff would rather legislate than enforce the law. You can’t do both. Time for a career change?

Sheriff McGuffy also knows that criminals routinely use stolen guns in their crimes. Even anti-gunners want to punish gun owners if their guns are stolen and used in crimes.

Responsible gun owners consider proper gun storage essential and that leaving a gun in their car is not wise. The Sheriff would also know this, right? 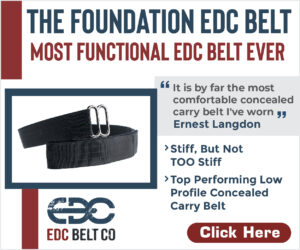 Now consider an incident from June 20, 2021, where a criminal stole Sheriff McGuffy’s unmarked vehicle from her driveway. Unfortunately, Sheriff McGuffy left her duty handgun (and a personal computer) inside her vehicle. Police eventually recovered the car, and as you thought, the gun was gone.

Okay, so the Sheriff who requires you to ask her for permission before carrying a firearm to defend yourself, lets a criminal take her gun because she didn’t think to properly store it?

I’ve often found that the people who don’t think me or you are responsible enough to possess firearms only think that because they are not responsible. It’s all projection. Is that the case here? I don’t know, but it’s a fair question to ask.

What’s worse, instead of taking responsibility, she made excuses.

She said the following:

I had gone out to a barricaded individual out in Symmes Township. So, you know, when I got home, I locked up the car because it was just, yeah, I secured it in the vehicle and locked the car in my own driveway and got busy with something else I had to put my attention to. The next morning is when I discovered the vehicle had been stolen right out of my driveway.

She said she did NOTHING wrong. She also said she doesn’t know if she locked the “compartment” where she regularly leaves her gun. WHAT!!!

She regularly leaves her gun in the vehicle! And she thinks it’s routine for police to leave guns in their vehicles?

That is an ignorant and naive position at best and a flat-out lie at worst.

This is the person who wants to weigh in and say you shouldn’t be able to carry a handgun without asking for HER permission. Sheriff McGuffy is entitled to have and voice her opinion, but I happen to disagree with her.