Join Our Newsletter
Shop Our Store
MAIN MENUMAIN MENU
By Matthew Maruster on May 7, 2021 in DGU

On May 1st, a woman was sitting alone in her car parked in the 1400 block of Oakland Park Avenue in Columbus. It was around 9:30 PM when a man who she did not know approached her vehicle. He was brandishing a handgun. He demanded that she get out of her car, and the young 20-year-old complied. 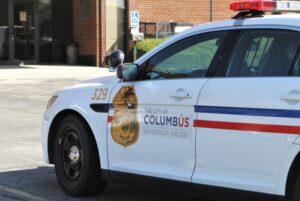 The man got into her vehicle and apparently was intending to drive away. However, according to reports, before the armed suspect hit the gas, he pointed his handgun at the woman.

It was at this point the woman believed that the suspect posed an imminent, deadly threat. She drew her handgun, then fired into the vehicle at the armed carjacker. The violent criminal was struck by the woman’s gunfire and died at the hospital.

At first glance, we would say that the woman did an excellent job of being compliant when she felt it appropriate. Still, when she determined that the armed suspect posed an imminent threat and had the opportunity, she responded with deadly force.

So why has a grand jury been summoned to determine if the young woman should face charges?

Ohio is a state that allows open carry of a loaded handgun. However, to conceal it or carry it inside a vehicle, the possessor must have a CHL. According to news reports, the woman did not have a concealed handgun license (CHL), required in Ohio.

These Incidents Are More Common That We Think:

It is not uncommon for someone to use justifiable defensive force but commit a statutory violation of law related to firearm possession. In these cases, it is the job of the District Attorney’s Office to weigh the value of prosecuting the survivor for violation of the law. 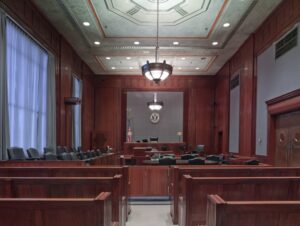 No matter how good your case may seem, you do not want to spend time inside the courtroom.

In this case, it seems that the DA’s Office feels that pursuing charges is in the public’s best interest.

Of course, I don’t know the entirety of the facts of the case. Furthermore, I only have the sparse facts reported on by the local news station. However, I find this and similar stories very disturbing. For police to determine someone used appropriate force in self-preservation, but punish them for not obtaining a license to carry a firearm, exposes one issue with handgun permits.

We Don’t Know All The Relevant Facts:

Now because she is 21 years old, she cannot possess a handgun in Ohio. In this case, the DA is in a challenging position. The point I want to make is that even in self-defense cases, the DA should weigh if there is a benefit to prosecute the surviving victim.

Imagine a case where this woman was with her child in the vehicle. The bad guy kills the child during the gunfight, yet the woman survives. In addition to losing her child, she may end up facing felony gun possession charges just for defending herself.

Hopefully, we will have updates in this case and learn what she faces in the near future. In the meantime, if you can, obtain a concealed handgun license. I know we shouldn’t “have” to get a permit, but we also don’t want to end up in a situation like this young lady is facing.

45 Responses to Ohio Woman May Face Charges After Shooting Carjacker