Join Our Newsletter
Shop Our Store
MAIN MENUMAIN MENU
By Joshua Gillem on July 15, 2020 in DGU 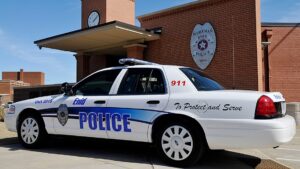 Cleveland — A man shot and killed a dog after it apparently turned on its owner, who is the man’s pregnant girlfriend, during a walk. Police are investigating.

At about 6:45 in the evening this past Saturday, local police responded to the 9200 block of Rosalind Ave after getting a call that a woman was attacked by a pit bull. When they arrived on scene they found the woman being loaded into the back of an ambulance by EMS on their way to University Hospital.

The dog was dead, laying on the street.

The woman was in serious condition with multiple puncture wounds and lacerations but is suspected to be okay.

The man who shot the dog had just arrived at home when he saw his pregnant girlfriend across the street walking the dog when it suddenly turned on her and began to attack her. She made attempts at trying to push the dog off but was not successful and the angry dog continued to attack.

The boyfriend told police that he ran over and also attempted to push the dog off but was unsuccessful. This prompted him to go inside their house to get the girlfriend’s firearm. He then went back out and shot the dog, killing it.

The woman told police that she had never had issues with aggression in the dog in the past and didn’t know why the attack happened.

It is unsure at this point what type of firearm was used to shoot the dog, or if the woman had a permit to carry.

The woman is expected to be okay.

Here’s another story where a woman shot a dog who attacked her, and was arrested afterward.