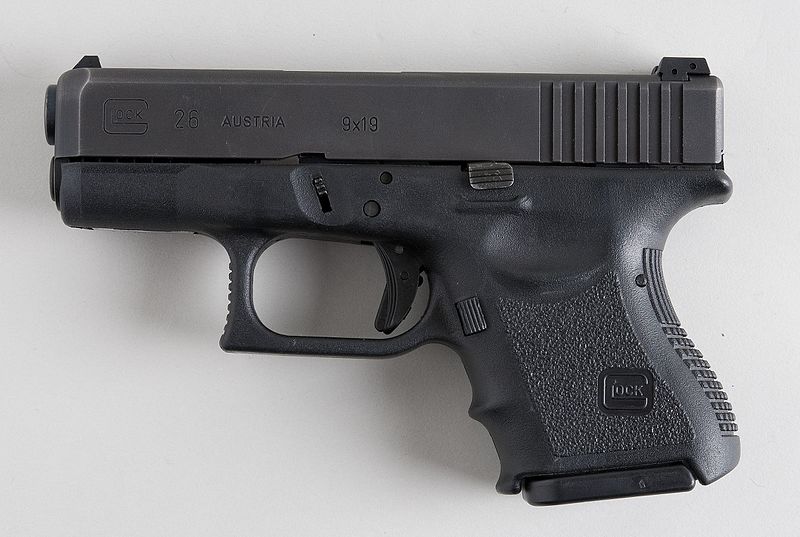 3 men, 28-year-old David Wagner, and 26-year-old’s Devaughte Rice and Deandre Wilson walked up to the unidentified man and pointed guns at him, then stole what he had, including his concealed pistol.

Perhaps thinking him defenseless without his gun, the three men then began to beat the victim, punching, pistol whipping, and kicking him while he was on the ground.

That’s when the victim pulled his BUG (Back Up Gun) and fired several times, hitting Wilson in the chest at least once. Wilson was taken to MetroHealth were he was pronounced dead.

The three attackers reportedly returned fire but no one else was injured by the shooting.

The other two men were both arrested and are currently in Cuyahoga County Jail awaiting court.

The two surviving attackers had violent criminal back grounds and gang affiliations.

Rice, a convicted member of the Heartless Felons Gang, had been out of prison since March 9th after serving a 4-year stint for an attack he participated in with five other gang members.

The group chased a man and woman into their apartment, threatening to kill them and firing 8 shots into the dwelling.

In 2011 he was convicted of robbery and released on probation when he pulled a gun on a man on East 22nd Street and Payne Avenue.

Wagner spent 3 years in prison after being arrested for his part in a home invasion, which took place when only 3 children were in the home, and prior convictions for drug trafficking, assault, and resisting arrest.

These men can now add murder to the list of crimes to be held accountable for, as Ohio law stipulates criminals can be charged with murder if a death occurs during the commitment of a felony.

The victim, (who has not been charged with a crime and released) seemed to have played the situation correctly by not trying to draw on someone with a gun pointed at him and waiting for his opportunity before getting out his BUG.

What do you think of this situation? Having a BUG, especially if you live in a rough part of town where muggings happen regularly, might not be such a bad idea. Do you carry a BUG? Why? Why not?

Leave us a comment below to let us know.

Cleveland Woman Gets Caught Up in Shootout, Hit By a Ricochet
He Claimed Self-defense, Police Disagreed.