Join Our Newsletter
Shop Our Store
MAIN MENUMAIN MENU
By Craig Martin on June 28, 2018 in Ohio 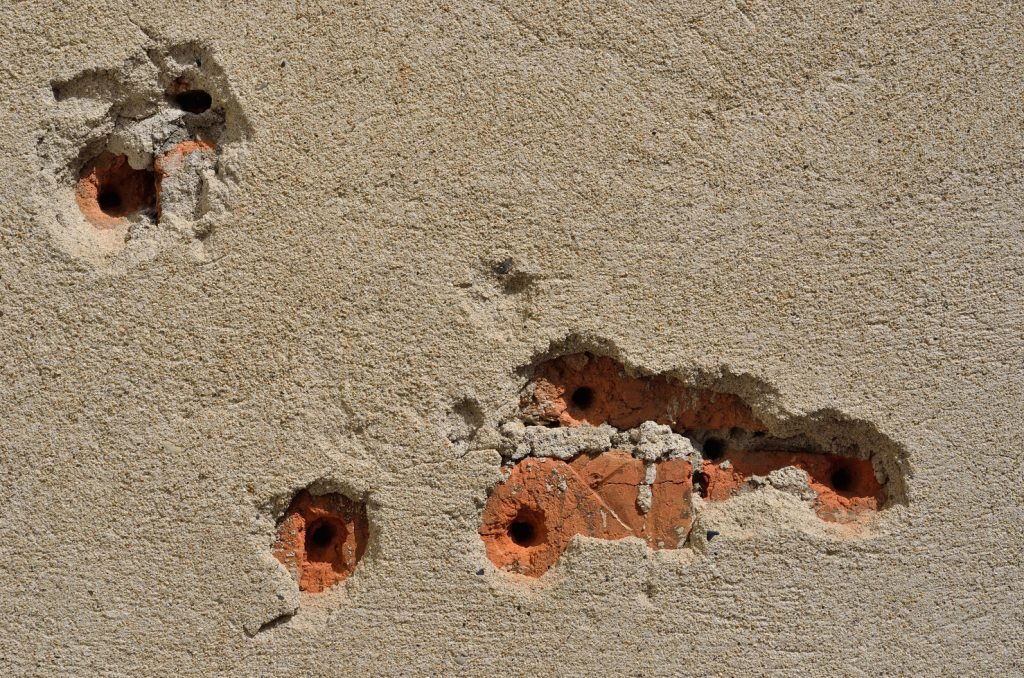 A story out of Cleveland today touches on something that is rarely spoken of during defensive gun uses, and that is the danger that can come to bystanders.

At around 9:00 in the morning on Tuesday three men made their way towards a home in the 1500 block of Ardoyne Ave. Their plan was to break into the domicile according to police reports.

What happened instead of a simple breaking and entering/robbery was certainly not thought to be in the cards for the would-be criminals.

A 27-year-old man and his 23-year-old brother, whose names have not been released for their safety woke up due to someone in the process of pushing through their front door. At that moment, the 27-year-old also saw, sticking through a crack in the door, a handgun.

At that point, the men who lived in the home leaped into action. The two brothers began to push with all of their might against the door, trapping the armed invader’s hand in between the door and the frame.

At this point, a 22-year-old woman, who is the subject of our story walked into the room upon hearing the clamoring of the two battling sides.

However, she picked the absolute worst time to enter the fray, as the man whose arm was caught by the door began to get very desperate and fired his gun in a desperate attempt to get free of the door.

This shot ricocheted around the room and hit the woman in the back. Luckily the injury sustained was not serious.

However, the situation still was and this lift in danger and chaos caused the 27-year-old resident of the home to grab his own rifle and shoot at the robbers through the door. His shot missed, though.

The shot did, however, do the job in causing the three criminals to run for the hills upon hearing it.

At this point, the man put his rifle down and called the police, who arrived shortly with medical treatment ready for the woman, but it was refused. That’s one tough cookie.

At the time of writing this piece, there have been no arrests reported from this case.

Now this story certainly could have gone worse with regards to injury, but it could have been much better as well. As a bystander, your goal should never be to enter an already heated situation. Never go looking for trouble, but be prepared if trouble were to find you. If you are ever caught in a situation in which metal goes flying, it doesn’t matter if you are slightly out of the path of the bullet, bad things can still happen to you with regard to ricocheting. Don’t become a statistic. Nobody will think less of you for not charging into a gunfight.

But as for the two men who defended their home, what do you think they did right or wrong? Do you think your home is gun ready and able to respond to an event like this? Let us know in the comments below.

Akron Man Defends Mother During Attempted Break-In
Man Robbed of His Pistol, Draws Back Up Gun